Most court reporting firm owners who are being proactive with their marketing have heard about or tried to use social media as a marketing tool. Some firms are doing a good job with their social media marketing and have seen a definite business benefit. Others have not.

Recently (in 2014), we did a research analysis of over 200 court reporting firm’s websites and their online marketing presence (learn about the full report we released). We did not include one person firms. We only looked at websites of firms that have multiple people or more involved (up to those with hundreds of people). We selected two or more from each state and almost all of those selected appear on the first couple pages of Google search results for “[city and/or state] court reporters” or “court reporter in [city and/or state]”. We also included national firms that do not associate themselves with one primary city or state.

While there are more than 200 firms that have a website, 200 is more than enough of a sample to draw some court reporting firm industry online marketing conclusions. In regards to social media, we looked at how many of these firms had social media accounts for their business, which networks they were on, and how active they were on social media.

In our research, we found that:

While there are court reporting firms that are on social media but do not have a website, these statistics are fairly consistent across the court reporting industry. Keep in mind that the websites we found are most likely from firms who are trying to be more proactive with their marketing online. There are even more who aren’t doing anything with the internet for marketing purposes at all.

These findings are fairly similar with many of the other industries who have not yet really taken advantage of marketing strategies and tactics with the internet.

When we see data like this, a couple questions come up:

Instead of just drawing speculative conclusions, I spoke with many of the firm owners.

From speaking with firm owners about this, we know that some of the reasons include:

When a court reporting firm is generating a real business benefit (connections turning into leads and then clients) from social media, it’s usually because:

Let’s talk about two aspects of social media that are commonly misunderstood by those who aren’t generating a real business benefit from it.

Thinking success in social media has to do with getting likes, comments, shares, engagement or increasing reach.

It is easy to get caught up in the popularity contest online. Don’t get me wrong here. It is good to increase your reach (the number of people who know who you are) and get likes, comments and shares. However, if you are not generating a real business result from your social media efforts, you are simply wasting your time.

Social media websites are like outposts where you can go, meet people, start conversations and direct them back to your website (which should be your main hub online) or into a conversation with you. Ultimately, you want to do business with some of these people. If you have a website that is set up as a part of your marketing strategy to generate a marketing result, then social media should be one of the ways to attract more people back to your website.

Thinking you have to be on every social media network.

If you’re reading general marketing advice online, you may have heard some so-called marketing experts say that in order to have the most success with social media you need to be on as many social media networks as you can – Facebook, Twitter, LinkedIn, Google+, Pinterest, YouTube, etc. They’ll say things like:

Now, it is true that you want to be found by as many potential clients as possible, and yes, you should interact with your market where they are. But, real marketing experts will say you don’t have to be on a bunch of social media websites to generate good marketing results.

You’ll be able to generate far greater results with certain social media websites than others. Some are just a complete waste of your time.

As we discussed in 2 Major Obstacles Keeping Firm Owners from Marketing Success, it’s better to focus on doing a few things well and have them work to help generate leads and increase your business than trying to do 20 things haphazardly and get little to no results.

How is your firm doing with social media? Are you seeing a real business benefit from it?

If you’d like to access more information like this article to help improve your court reporting firm’s marketing and sales, we’ve created Marketing Fundamentals for Court Reporting Firm Owners for you. In it, you’ll discover the 10 common marketing and sales mistakes you should avoid (some of them are costing firm owners tens of thousands of dollars a year) and what to do instead. Learn more about it here.

If you’d like to speak with us about your specific marketing or business challenges and how you can start addressing them now, go here.

Chris Nesbitt is a small business consultant and managing partner of Strategic Business Directs. Connect with him on LinkedIn and Google+. He has also been a continuing education instructor for the Stenograph Prince Institute Center for Professional Development (a court reporting school).

Join us for free and get valuable insights each time we publish. Your email address is safe with us. 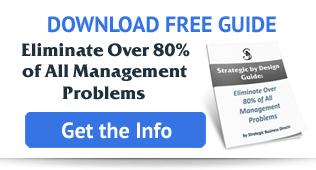 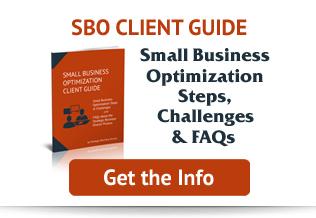 Return to top of page